Many of our clients have a hard time understanding why they are being detained in Florence or Eloy.  This is especially true when they are transferred to Immigration and Customs Enforcement (ICE) custody after they finish serving a prison or jail sentence in another jurisdiction.  Immigrants who find themselves in this situation often ask, "why am I being locked up again if I've already paid for what I did?"  While this is true, there is a difference between the governmental agencies that incarcerate people for criminal convictions, and the government agency--ICE--that detains immigrants pending the conclusion of their removal proceedings.

ICE is part of the larger Department of Homeland Security (DHS).  Under the Immigration and Nationality Act (INA), DHS and ICE are authorized to detain any non-citizen who they have reason to believe is deportable, and who may pose either a flight risk, or a danger to the community.  Furthermore, the INA lists a number of criminal convictions that subject an alien to what is known as "mandatory detention."  This means that, if a non-citizen (even a permanent resident) is found guilty of certain kinds of crimes, then he will be ineligible for release on bond during his removal proceedings with the immigration court.

When a non-citizen is eligible for bond, there are a variety of factors that an immigration judge must consider in determining whether the alien poses a flight risk or a danger to the community.   A proper presentation of evidence and arguments in support of the immigrant's release on a reasonable bond is critical to obtaining a successful result at a bond hearing.

Although an immigration judge has the power to redetermine bond decisions, the judge's authority to do so is limited.  If someone is subject to mandatory detention, the immigration judge lacks lawful authority--or jurisdiction--to set a bond or order the alien's release from detention.  However, ICE and DHS always retain the authority to release someone from immigration detention, either on an order of supervision, or on parole.  Under certain circumstances, ICE Enforcement and Removal Operations may decide to exercise its authority to release someone from detention who would otherwise be subject to mandatory detention.  Examples of when ICE may grant parole include situations when the detainee requires special medical treatment, or when some other humanitarian or public interest concern applies.  But as a practical matter, it is normally very difficult to convince ICE to release someone on parole, especially without skilled and persistent advocacy.

Most detained immigrants in the United States who are subject to mandatory detention remain ineligible for consideration of release on bond by an immigration judge throughout the duration of their time in detention.  However, those immigrants who are detained in courts under the jurisdiction of the U.S. Court of Appeals for the Ninth Circuit have additional rights.  Luckily, the immigration courts in Florence and Eloy are within the Ninth Circuit's jurisdiction.

For several years, those detainees who are subject to mandatory detention have enjoyed the right to a bond hearing once their case is appealed to the Ninth Circuit Court of Appeals. The Ninth Circuit case that provides this right to immigrants is Casas-Castrillon v. Dep't of Homeland Security. However, it can take well over a year for many immigrants in removal proceedings to finally qualify for a "Casas" bond hearing.

A much more positive development occurred in 2013 when the Ninth Circuit issued a ruling in another case, Rodriguez v. Robbins. Although it was at first uncertain as to whether the Rodriguez decision would apply to the immigration courts in Florence and Eloy, by the end of 2013, most immigration judges in Arizona generally agreed that anyone who has been detained for more than six months in immigration detention is entitled to a bond hearing.

Our attorneys have successfully advocated for the release of many detained immigrants over the years in Florence and Eloy.  If you have a loved one who is detained by ICE in Florence or Eloy, call us today.  We can help. 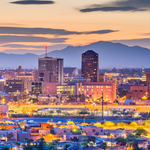 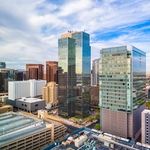